Œconomy Transition to a responsible, plural, and solidarity-based economy
Governance Democratic and responsible governance
Global community Citizen practices for world citizenship
Interdependences between humanity and the biosphere Perennial planetary balances and the wellbeing of human societies
Responsability A pivotal concept, the backbone of the ethics of the twenty-first century
Education Education to responsibility and world citizenship 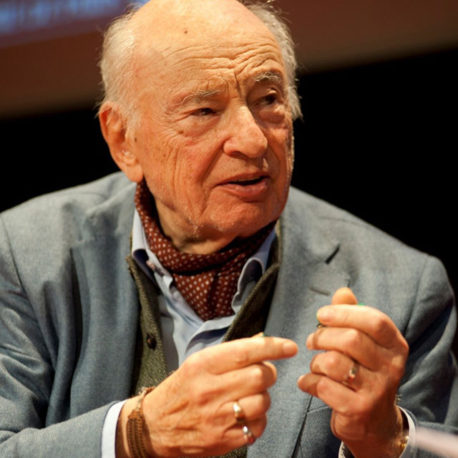 The renowned French philosopher and sociologist Edgar Morin addresses the Mediterranean youth gathered in Barcelona, Spain, for the VIIIth Meeting of the Mediterranean Citizens Assembly, from 7-10 November 2019 [watch the video of his interview here - in French]

Edgar Morin internationally recognized for his work on complexity and "complex thought", is member of the Mediterranean Citizens Assembly Foundation Advisory Board.

Here follows the transcript of Edgar Morin’s message to the youth:

Current conflicts in the Mediterranean

First there are the conflicts in the Middle East. There is the unresolved Israeli-Palestinian problem, which is like a cancer that not only gnaws the Mediterranean but a large part of the planet. There was the US intervention in Iraq that resulted in more disasters than solutions. There was the Syrian war that was not only a civil war, but a war in which external powers, such as America and Russia, intervened, in that sense that is an international war. So the Mediterranean is still under the threat of these conflicts. And there is the worsening of relations between the Islamic world and the European world, which is due to the fact that in the Islamic world, after the failure of democracy, after the failure of the Arab socialism, after the economic colonization that followed the political colonization (which was ultimately rejected), as a result of all this, many peoples, a part of the peoples -since there is no hope any more in democracy, in socialism- found refuge in religion. Moreover a minority of these Muslims is locked in a rigid, retrograde conception of religion, and a small part of this small part even turned into jihadists who are fighting, not only non-Muslims, but first of all the Muslims themselves. In the Western vision we mix everything, we mix jihadism, fundamentalism and being purely a Muslim. So, there are many misunderstandings and I would even say that we forget that 3 religions, the religion of Israel, Islam and Christianity, have the same core, the same source, which is the Bible, we all worship Abraham, Moses, Jesus-except the Jews obviously for Jesus. So we must consider everything that unites us and go beyond anything that divide us.

Demystifying and re-shaping the Mediterranean

It is in this sense that the citizens of the Mediterranean must work, because matrie is like the equivalent of homeland, where we are all citizens. Let us remember that a citizen is someone who has both rights and duties and has an internal responsibility for what he owns, which is the Mediterranean Sea.

We must take responsibility for ourselves and develop what has always existed -but through conflicts- today, by eliminating the conflicts: the exchanges, the cross-fertilization, the encounters, the friendships, the understanding - that’s what is essential today.

Mediterranean youth according to "The way" (“La voie”)

There remains another way of conceiving the future. For example, in my book "La voie", I say that the term ’development’ is a word too restricted to its purely techno-economic nature. This development has often destroyed old and traditional solidarities, which existed among peoples. So development should be accompanied by what may be called its opposite, which is the ’envelopment’, that is to save communities and create new ones. Growth today has become an imperative that needs to be revised, to see what needs to grow, that is, the healthy economy, the economy of vital things, of tasty things, the economy of products that they are not programmed to be reduced and rejected, not the economy of the superficial, the futile, the harmful. We need growth and degrowth, recognize what needs to grow and what needs to decrease - I would even say that we need to ’globalize’ and to ’de-globalize’ when territories are threatened to become human and biological deserts - we need to save those territories as needed, by protection rules. It is necessary to change our way of thinking - what I wrote in "The Way", remains in my opinion even more current.

Complex thinking for the youth of the Mediterranean

We must think that we are the repositories of a wonderful culture that has not only always cultivated our love of the Mediterranean, of his lands and this sea, but we are also the children of what is the best in human culture, the humanism, the openness, the understanding of others, and that we owe as Mediterranean, to carry the flag of all the problems of the human race.

We must understand that there is a community of human destinies, with all the perils threatening the world, and that we Mediterranean people must be the first to act, we southerners must be first.

Why is it so? Because in the north, people developed -above all- the culture of calculation, profit, of domination over things, of the anonymous world, a world only devoted to business and domination, while in the south, while this northern conception invades us, however we defend the greater values of liberty, autonomy of life, communication, extraversion, dialogue. Remember that the dialogue was born in the Mediterranean, the dialogues of Socrates and Plato. We are a civilization of the dialogue and that’s what we need to nurture.

I regret not being able to be present in your meeting in Barcelona. I had commitments that I could not postpone.

I want to salute your courageous effort which, through adversity and difficulties, continues to work for a vital and essential task, to defend this great Mediterranean spirit which is threatened in the Mediterranean itself, and of which we must be the spokesmen, the continual defenders.

Thanks to the Mediterranean Citizens Foundation!"

[transcription and translation to English by Yolanda Ziaka] 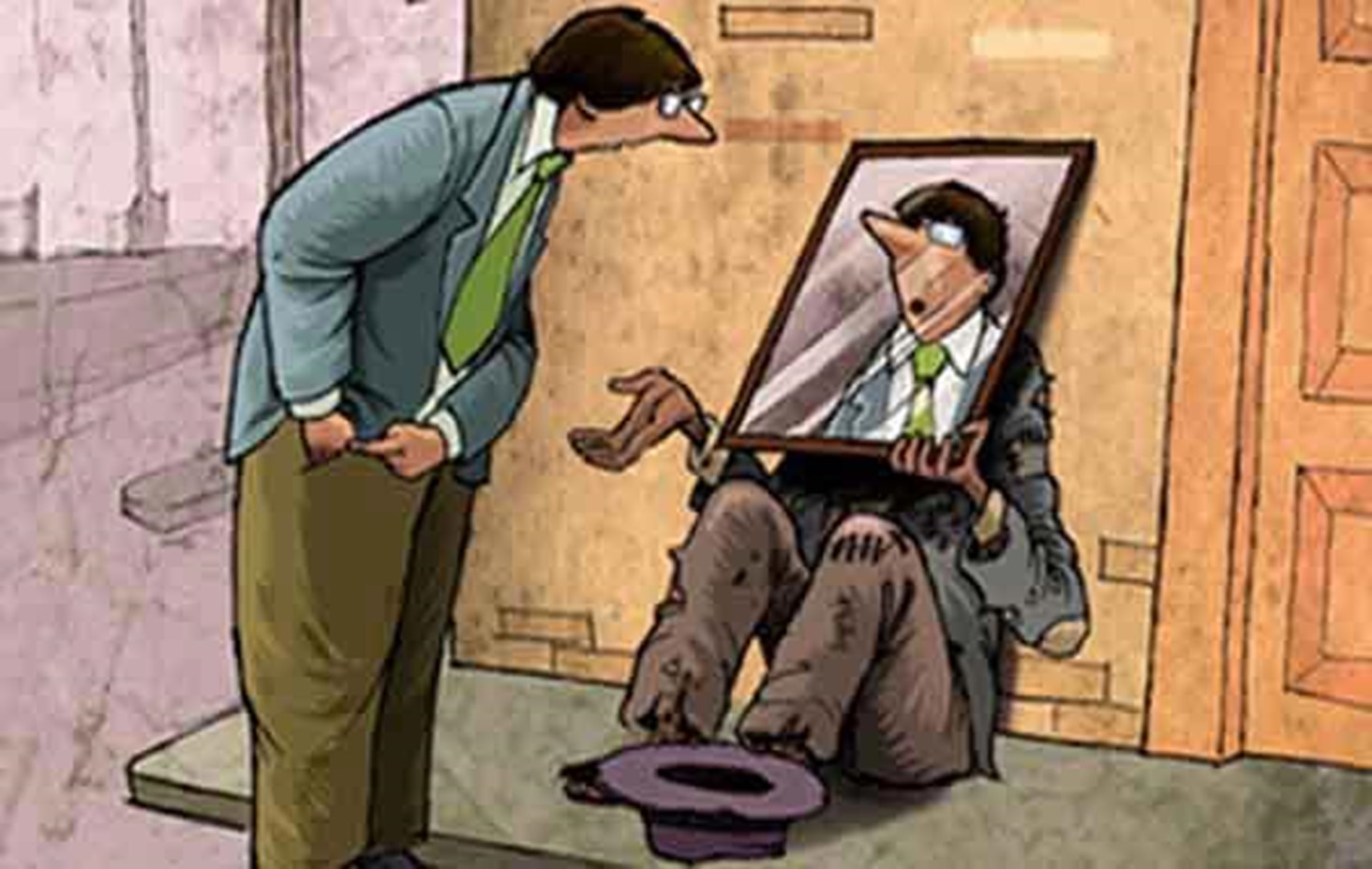 “Towards a responsible and inclusive global society” by Pierre Calame

a book on responsibility to be published soon

“Responsibility is at the heart of relationships. A community is defined as the group of people who recognize a mutual responsibility, the duty of each person to take into account the impact of his or her actions on the other members of the community. But over the centuries there have been two contradictory movements: the contours of responsibility have narrowed at the very moment when the scale and scope of interdependencies between individuals, between societies, between humanity and the biosphere were radically changing, making the whole of humanity a community of destiny. We see the consequences today: while the responsibility of each actor is limited, the irresponsibility of companies has become unlimited! No one is responsible for developments which, as we can see with the climate, nevertheless threaten the very survival of humanity.”

Excerpt from the book “Towards a responsible and inclusive global society” by Pierre Calame, honorary President of the Foundation Charles léopold Mayer in France, due to be published soon -spring 2020- in French (Editions CLM)

Can the corona virus inaugurate a succession rather than depression?

We have entered a decisive break with our former ways of life. Although the news from Wohun at the beginning of the year gave a premonition of what has come to the world, it still caught us by surprise. COVID-19 is remarkably universal in effect yet each of us is in different circumstances. Many of us may be in work that exposes you to the risk of ill-health, or under the shadow of employment being suspended or ending.

We give are mindful of those surrounded by the immediacy of health risks, distressing circumstances and death.

In New Zealand a fund was made immediately available for people losing their jobs, for employers to keep paying staff, limits on beneficiary payments were lifted and a special fund for Māori was added in recognition of greater health and economic risk. There is agreement to spend / invest up to $50b ( a large amount in a small economy) to recharge the economy by July.

Other news is coming to light of remarkable links are being made between environmental destruction and the unleashing of corona virus.

Our interdependence with animal and all species and with nature is rising in our consciousness – breaking through our blindness as societies bent on economic growth at the expense of nature. An invisible virus has unleashed its power to undo the stranglehold of the monetarised global economy. Strangely it is bringing a reprieve for climate change – showing the scale of action needed and possible.

Can we metamorphose the kindness and care being shown in communities into regenerative systems after the Corona Virus. A degrowth economy has been inaugurated – it is seen as temporary but could we make it the beginning of the transformation we seek?

Can we, in our contexts, join up and build a case for a dramatic transition, to decouple from carbon and invest in responsible societies? Investment in regenerative ways of living and working would not be a recession, or depression as many fear, but a succession.

For the long term: investment in public transport, massive reorientation of training and education for ‘just transitions’, funds for regenerative farming and agriculture investment in renewable energy

These would all take us towards climate resilient societies. What would be required in your societies?

The Charter for Responsible Societies has refreshed relevance – and other, similar and different inspiration will emerge. Some interfaith groups are referring to Jubilee – and Shmita – a sabbatical year for the land – and renewal for people. Shimta means radical release – is it too much to attend to radical release from slaughtering forests, killing waterways and poisoning the atmosphere?

Mother earth is speaking and giving us learning time.

For me, the coming weeks in ‘isolation’ will bring attention to our research on water governance -alongside daily family care for my mother who is beyond 100 and grandchildren below 10 years, and rejuvenating our garden.

Let interdependence be renewed in human consciousness, let there be courage to withstand pressures of GDP-driven growth, and pathways for responsible policy open. Betsan Martin

Can the corona virus inaugurate a succession rather than depression? 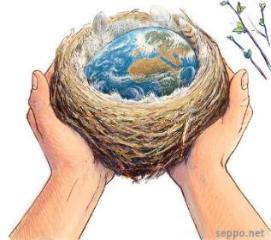